A surface normal is by definition a three-dimensional vector which is perpendicular to that surface.

The surfaces (white or pial) generated by FreeSurfer are represented in the form of triangular meshes. In this case, a normal vector can be computed for each face or triangle of a given surface mesh, using the vector cross-product of two edges of the face triangle. 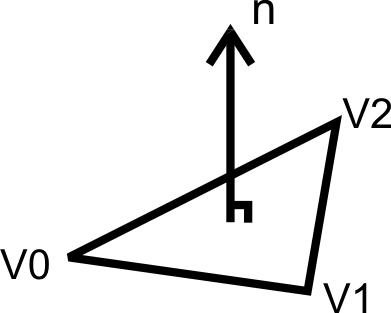 In addition, the surfaces generated by FreeSurfer are considered to be oriented, and the direction of the surface normal follows the right-hand rule. In particular, each triangle face has three vertices (V0, V1, and V2), which are ordered in such a way that the normalized cross-product of vector V0V1 and vector V0V2 gives the outward normal of the face.